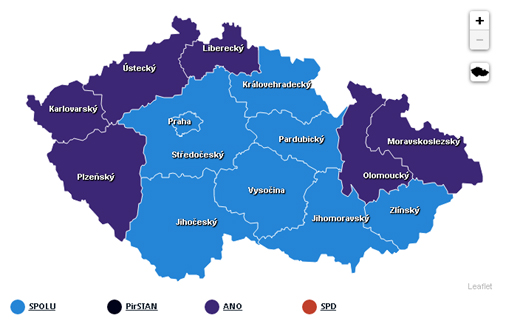 Andrej Babiš, the billionaire Prime Minister of the Czech Republic, has been beaten in the country's latest election. His Action for Dissatisfied Citizens 2011 (ANO) party finished second in the popular vote behind the center-right Spolu (Together) alliance. Neither party has won by a large enough margin to form a majority government.

The Spolu party has declared that it will not form a coalition with Andrej Babiš. Despite losing the popular vote the ANO 2011 party actually won one more seat than Spolu. However ANO 2011 looks to have no way to power, with Spolu and the liberal-left faction, Piráti-STAN, expected to enter into a coalition government.

The Czech president, Miloš Zeman, had said before the election that he would ask the leader of the party with the most seats (which is ANO 2011) to form a government. However the president has become gravely ill and is now in intensive care. With the president incapacitated and no clear general election winner the country could be thrown into a constitutional crisis.

Czech newspaper Blesk has published an interactive map which shows which party won the most votes in each region of the country. If you zoom in on the map you can view the results in each election district. If you select an election district on the map you can view the exact number of votes and the percentage of votes won in the district by the biggest three parties. If you select the name of a political party from the map legend you can then view an interactive choropleth map showing how well that party performed in each electoral district in the country. 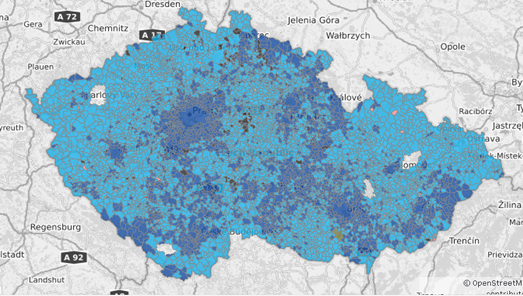 You can also view an interactive map of the 2021 Czech general election on the website of the newspaper Denik. The Denik map allows you to view the number and percentage of votes won by each party by selecting an electoral district. This map also allows you to see how each party has performed nationally by selecting a party name from the map legend. The Denik election results page also includes an interactive map showing the results of the 2017 general elections. It is therefore possible to view how each party has performed in this election compared to its performance in the last general election.