Moving Hamburg is an impressive 3D animated public transport map for the city of Hamburg. The map was created using the latest WebGL features of the Google Maps API together with a little Three.js magic.

If you zoom in on the Moving Hamburg map and tilt the angle of view you can watch the trains actually moving around the city's rail network in glorious 3D. The result is a little like having your very own model train set of Hamburg - only on an interactive Google Map. 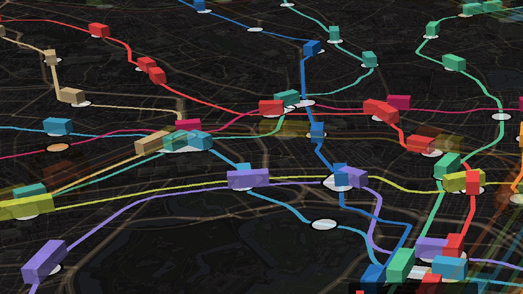 Moving Hamburg reminds me a lot of Mini Tokyo 3D, the live real-time map of Tokyo's public transit system. This fun map shows the live position of Tokyo's trains in 3D moving around the capital of Japan. 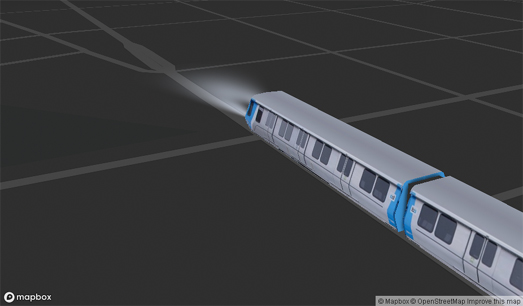 You can have even more locomotive fun with Mapbox with Trains. Mapbox with Trains is a very impressive interactive map which allows you to watch a 3D train moving around on top of a map of Oakland, California. This interactive virtual train set includes a number of user options which allow you to control the number of carriages on the train and the camera's point of view.

In essence Mapbox with Trains animates a 3D model of a train on top of a Mapbox map, following the Bart train tracks in Oakland. The map is presented as an Observable Notebook which means that if you want you can fork the project to create your own interactive train set for the town or city of your choice.