Yesterday NASA released this satellite image of dozens of cargo ships stranded off the Californian coast, waiting to offload. High consumer demand and supply chain problems caused by Covid has led to record backlogs at the Port of Long Beach and at many other ports around the world. 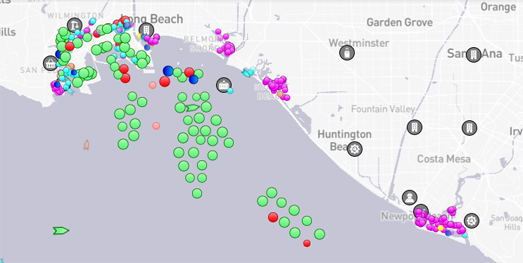 Here is the same area of Los Angeles and the Pacific Ocean on MarineTraffic early on the morning of the 16th October (1.20am). This map shows that most of the same container ships are still waiting to unload. Cargo vessels on this map are shown in green. The green circles are cargo ships which aren't moving.

Californian ports are not the only ports to be struggling with large backlogs of cargo vessels unable to offload. For example in the UK last week cargo companies were having to reroute ships from Felixstowe to European ports, such as Rotterdam and Antwerp. 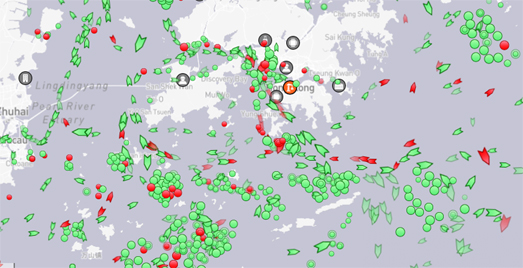 However the problems being experienced at the Port of Long Beach and Felixstowe pale into insignificance beside those of Hong Kong and Shenzhen. The cargo ports of Hong Kong and Shenzhen currently have nearly 100 ships waiting to offload. This week the ports were forced to close for two days because of a typhoon. This only compounded the delays already being caused by Covid outbreaks. 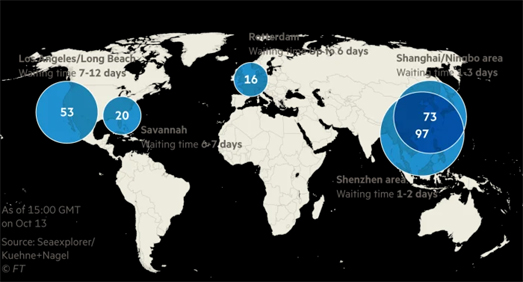 According to the Financial Times there are currently (as of yesterday) 584 container ships waiting to offload outside ports around the world. The FT explains that the current problems of cargo vessels being unable to offload has been caused by "Increased demand for consumer products, Covid-induced disruption to container ship schedules and a shortage of port workers and truck drivers".